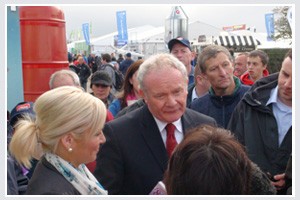 Martin’s vision is for a better, fairer Ireland where community and society are valued as much as economic prosperity. He will promote an ethos of equality and inclusion at the heart of his Presidency.

If elected President he is committed to taking only the average wage.

He will use the Presidency to recognise civic participation including those whose contribution to their own communities are essential for a strong and healthy society.

Martin will make Aras an Úachtarán a welcoming place for all sections of Irish society, particularly those previously marginalised.

Martin will be a President for all, including the Irish diaspora.

Martin will use the office of President to bring people North and South together, building the foundations for Irish unity.

He will continue to reach out to unionists showing them they will have  a cherished place in a united Ireland.

Irish citizens in the North are denied the right to vote in this election. This must change. 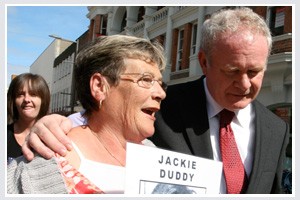 As we approach the 100th anniversary of the 1916 Rising it is timely that we have a President who believes that managing our own affairs is the prerogative of the Irish people, not the IMF or the EU.

He will give voice to a strong, independent stance for Ireland when representing the country overseas.

Known internationally as a peacemaker Martin has actively assisted in the search for peace in other conflict situations around the world, including Iraq, the Basque country and Sri Lanka. 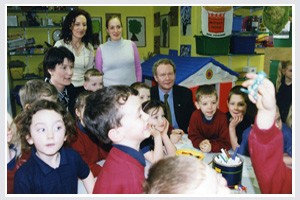 As Deputy First Minister he has attracted major economic investment to the North.

Committed to a future for Irish

Committed to a secure future for the Irish language Martin prioritised Irish language education when he served as Education Minister in the North. He is currently learning Irish himself and has signed up to Líofa 2015, an initiative to encourage more people to speak the language.