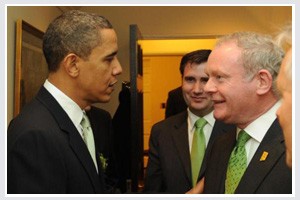 Martin’s political journey began on the streets of Derry in the late 1960s when he joined the marches for Civil Rights. From his early days he has been guided by the vision of re-uniting our country. He joined the IRA in the 1970s. He was present on Bloody Sunday when 14 of his fellow citizens of Derry were murdered by the British Army. 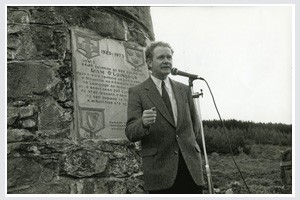 In the late 1980s and early 1990s Martin worked alongside John Hume, Albert Reynolds, Gerry Adams and others in bringing about the IRA ceasefire and the development of the peace process.  He was elected to the peace negotiations in 1996 and was appointed the Sinn Féin Chief Negotiator in the talks, which led to the Good Friday Agreement.

Martin became Education Minister in 1999 and put equality for all children at the heart of his education policy.  He took the landmark decision to end the socially divisive system of academic segregation, the ‘11 plus’, while promoting Irish-medium and integrated education.  As Minister he prioritised and increased funding for children with special needs and those from socially disadvantaged communities. 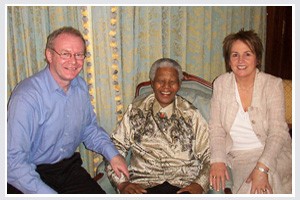 In 2007 Martin became the north’s deputy First Minister alongside Ian Paisley a position he currently holds alongside the new DUP leader Peter Robinson. His approach on the Executive and the All Ireland Ministerial Council has been one of partnership, equality and inclusion and he has helped demonstrate that politics can and do work for all in our society.

Martin McGuinness has been an extremely influential person in Irish politics for many years and a critical figure in developing and sustaining the Peace Process. He has a deep love of Ireland and a vision of where Ireland as a nation needs to go. 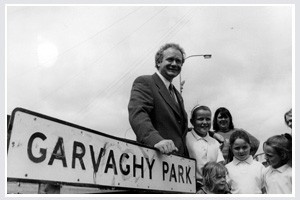 As Deputy First Minister in the North Martin has shown leadership in working closely and successfully with the representatives of unionism. He has dedicated himself to a genuine national reconciliation and the unity of our people.

Martin is now a key figure on the international stage.  He has a considerable international reputation as a peacemaker and has actively assisted in the search for peace in other conflict situations.  And, as Deputy First Minister he has built international relations and worked successfully to attract major economic investment to the North.

The next President will have to give leadership to the Irish people through one of the most difficult periods in our history.  The President will lead the Irish nation as we mark the centenary of the 1916 Rising and must also lead a debate on our country’s future.